BJJ Basics: What is Brazilian Jiu-Jitsu? 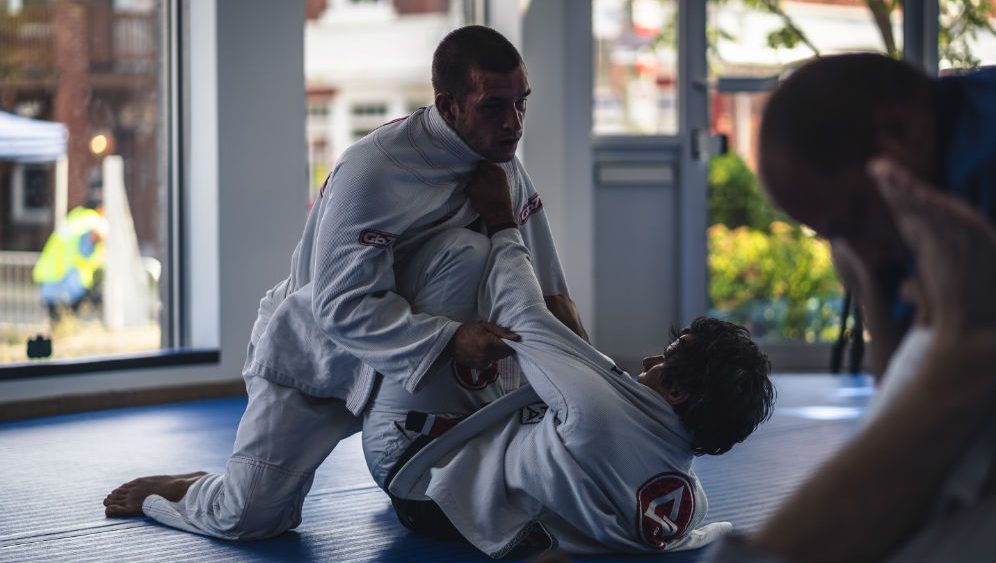 If you train BJJ, you might have asked yourself this question or had to answer it at some point. Maybe you are wondering this right now. So, here is a quick overview of the most efficient martial art in the world:

“Brazilian jiu-jitsu (BJJ) is a martial art and a self-defence system that focuses on grappling with particular emphasis on ground fighting.

Brazilian jiu-jitsu was developed from Kodokan judo ground fighting fundamentals that were taught to Carlos Gracie by Mitsuyo Maeda. Brazilian jiu-jitsu eventually came to be its own defined combat sport through the innovations, practices, and adaptation of judo.

BJJ is founded on the concept that a smaller, weaker person can successfully defend themselves against a bigger, stronger, heavier opponent by using technique, leverage, and most notably, taking the fight to the ground, and then applying joint-locks and chokeholds to defeat the opponent.

BJJ training can be used for sport grappling tournaments and in self-defense situations. Sparring (commonly referred to as “rolling” within the BJJ community) and live drilling play a major role in training and the practitioner’s development.

BJJ is considered a martial art, a sport, a method for promoting physical fitness and building character, and a way of life.”

In other words, Brazilian jiu-jitsu is an efficient martial that empowers people to defend themselves in combat. The principles when fighting can also be applied to the daily battles of life; like weight loss, boredom, stress, relationship issues, and self-confidence.

But if you truly want to know what to expect from a BJJ class, you should try it for yourself. It’s worth giving a try and you might end up practicing a great sport and becoming part of an amazing community.