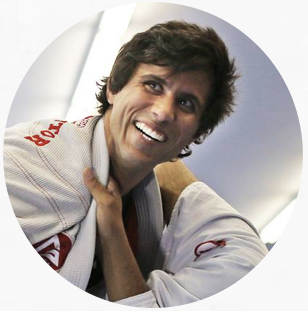 Marcelo Bonança is a black belt 1st degree professor from Brazil who has always followed Gracie Barra philosophy and values. Since the beginning of his journey on the mat, Marcelo’s primary goal has been influencing people to have a more positive and active life through Brazilian Jiu-Jitsu.

Martial arts became part of his life at the age of 5. After having tried Judo, he switched to BJJ and has been training for many years with several Gracie Barra legends. Thanks to GB’s strong sense of community, he made many great friends on the mat.

In the competition scene, he was on and off the mats given his busy Finance career in Brazil. Even so, he managed to win significant titles (2010 Rio de Janeiro State Champion, silver in 2015 Curitiba International Open and gold in 2015 Rio Challenge Pro 2015), while finishing a Master Degree in Economics and working full time.

A passionate coach, Marcelo has a solid experience in teaching and provides specific attention to each student’s needs and goals. In 2016, he was key in developing GB Kids program in Montreal and promoting Gracie Barra Anti-Bullying Campaign.

He truly believes that Jiu-jitsu benefits go beyond keeping in shape and learning effective fighting techniques. To him, it is a powerful transformative tool that helps people gain confidence, have a more balanced life and healthy habits. 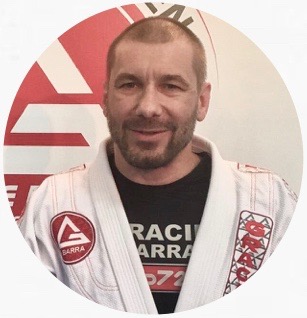 Professor Ord has been training Brazillian Jiu-Jitsu since 2001 and holds a black belt from Professor Bruno Fernandes. He started training to pursue a healthier lifestyle and now teaches to help people achieve their personal goals. He says it feels rewarding to see how Jiu-Jitsu can transform people’s lives.

Since the beginning of his BJJ journey, Ord has been active as a competitor and coach at the local, provincial and world levels.  With a background in science and engineering, he applies the same scientific principles and attention to detail in his study of Jiu-Jitsu. According to his testimonial, teaching this martial art helps on the search for more details and concepts behind the techniques. 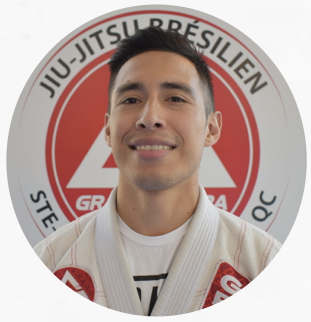 Coach Eduardo decided to train Brazilian Jiu-jitsu influenced by the greatest MMA fighters. He had always exercised since he was very young but had to take a break to focus on his studies in Pure and Applied Sciences, then Biochemistry. When Eddie, as our students call him, decided it was time to go back to an active lifestyle, MMA had become very popular, and it had caught his attention. Of all martial arts, he picked BJJ as it relies less on brute strength and more on technique, leverage, and timing.

Eddie explains he has chosen Gracie Barra as his team for its values and philosophy. “Since the first day I walked onto those mats I was hooked, not because it satisfied my physical demands but because it nurtured my mind as well. I’ve become more disciplined and focused, and an all-around more balanced person”, he said.

Today, coach Eddie teaches kids and adults classes at Gracie Barra Sainte-Anne and is a real enthusiast of the BJJ lifestyle. “I want to show people that Jiu-jitsu has benefits on and off the mats and that it truly is ‘for everyone’.”