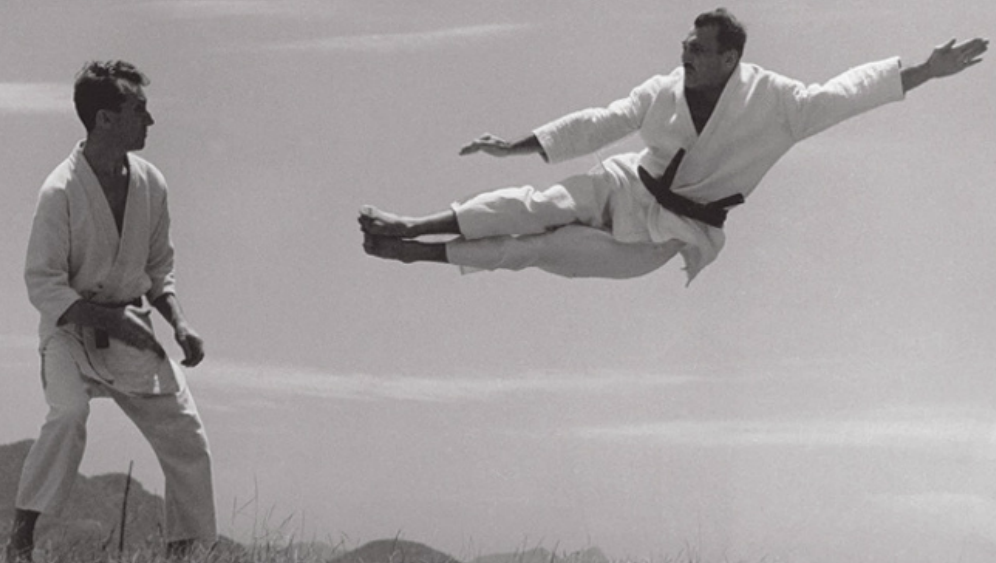 The history of Brazilian jiu-jitsu goes back to the early twentieth century. First in line, Mitsuyo Maeda, the Japanese (judo expert) of unparalleled skill brought our art to Brazil. Maeda left Japan in 1904 and visited a number of countries giving “jiu-do” demonstrations and accepting challenges from wrestlers, boxers, savate fighters and various other martial artists before eventually arriving in Brazil on November 14, 1914.

In 1917 a teenager named Carlos Gracie (1902–1994) saw for the first time, in Belém, a display by the Japanese man who was capable of dominating and submitting the area’s giants. A friend of his father, Gastão Gracie, Maeda agreed to teach the restless boy the art of defending oneself. In his lessons, he would teach Carlos and other Brazilians the concepts of his art: on the feet or the ground, the opponent’s strength was supposed to be a weapon for the win.

A faithful student, Carlos Gracie embraced Jiu-Jitsu and, to the heartbreak of the mom who dreamed of seeing more diplomats in the prestigious family, he started infusing his siblings with the love for the art. Helio quickly became the standout among the brothers due to the technical innovations he made as an instructor and the indomitable spirit that dissonated from the skinny body.

The family’s victories in no-rules matches started becoming legends and front-page stories and mounting. The famous pupils, also – artists, architects, state ministers, mayors, governors, surgeons and doctors from every field. Jiu-Jitsu as a method of self-defense had nothing more to prove.

By learning more about BJJ history, we understand why Gracie Barra’s “Jiu jitsu for Everyone” is more than a slogan, it is a philosophical belief. It is a belief that anyone can become part of history, both in ancient traditions and modern-day practice. That you too can aspire, train, and evolve for the better.

So, look to the past, learn from the strengths and weaknesses of our warrior ancestors, and work every day to make a peaceful and productive future.

Evolution of the “Gentle Art,” History as Teacher and Guide

The history of Jiu-Jitsu – Gracie Mag